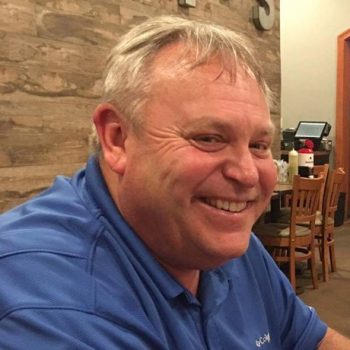 Ross has worked in the fields of education and recreation for over 30 years. Ross holds a Bachelor of Science degree in both psychology and psychobiology from Hamilton College and a Master of Science degree from Villanova University, where he studied counseling and human relations. He began by working with emotionally disturbed children in local agencies outside of Philadelphia. After completing his graduate work, Ross spent 11 years working as a school counselor specializing in family counseling and crisis intervention.

Prior to moving to Richmond, Ross spent 23 years as a director of summer programs for two separate summer camp operations. As the director of a day camp with 200 children at a prominent independent school outside of Philadelphia, Ross built and developed a comprehensive, integrated summer program that included a general day camp, sports camps, specialty camps and academic enrichment programs. Building on the foundation of the original day camp, the program grew and evolved over 11 seasons into 12-15 separate programs with more than 1100 children. Ross then moved to a large, privately-owned, multi-faceted recreational facility that included a newly-established summer camp with an enrollment of only 185 campers. Ross was responsible for all facets of the program: personnel, budget, registration and enrollment, scheduling, marketing and business development, facilities, transportation and food service. Under his leadership, enrollment grew to 800 campers within four years and averaged over 600 campers per year during his 12-year tenure. 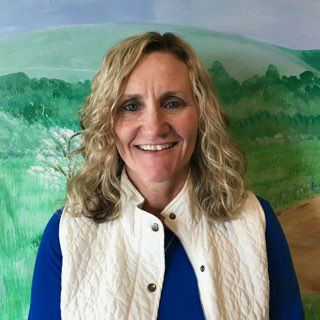 Mary Jo (MJ) joined the team at Community Idea Stations, the PBS affiliate for the greater Richmond, VA region, as the Ready to Learn Project Manager in the fall of 2015. Ready to Learn is the PBS Kids outreach program designed to empower parents and childcare providers to use PBS resources to get their children ages 2-8 ready for success in school. In this capacity, Mary Jo oversees all the outreach and community partnerships for Central Virginia.

Prior to her current role, Mary Jo’s most recent appointment was with the Delaware Valley Association for the Education of Young Children. There she served as a policy field organizer working with volunteers and community partners to advocate for high quality Pre-K in Pennsylvania.

Ross and MJ have three children and one grandchild. 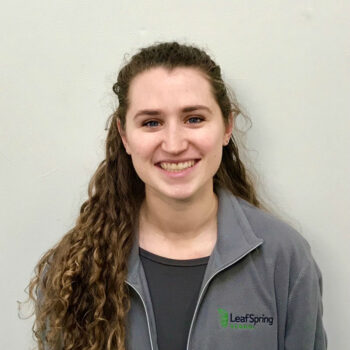 Lacey earned her Bachelor’s degree in Psychology with minors in Statistics and Special Education from Virginia Commonwealth University. She had previously worked with children with autism and learning disabilities. In her spare time, she enjoys horseback riding, outdoor sports and spending time with her husband, Ryan and her son, Blake who was born December 2017.

Lynsey attended VCU where she obtained her degree in Mass Communication with a concentration in Creative Advertising. She grew up in Hanover and is the second oldest of 18 children. She was a nanny for multiple families and worked as a Nanny Placement Manager before joining the LeafSpring School Hanover team where she found her forever work family! In September 2019, she got married to Ryan and together they have 3 cats, a hedgehog and are expecting their first child in July 2022! 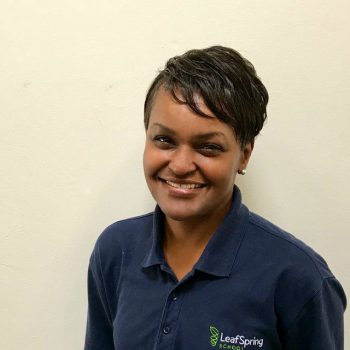 Zina started her career at LeafSpring School at Three Chopt in 1992 while attending Virginia Union University. She has worked with all ages, but many of her years were dedicated to working with the school aged children in the Village. She became a nurse through the Henrico County St. Mary’s Nursing Program and after graduation and passing the state boards, she joined our team as the Get Well Place head nurse. She loves getting to know every child in our program and helping them when they get hurt or feel sick.